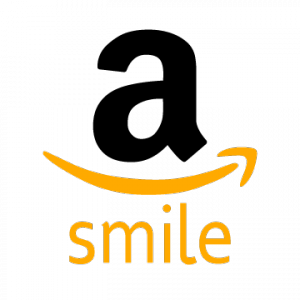 A successful partnership of life, community, and the City of Torrance.

History of the Area of Madrona Marsh Preserve: Home of the Tongva?

When the Palos Verdes Peninsula was geologically uplifted, it blocked the flow of the Los Angeles River. The natural drainage to the sea was halted and created a large inland depression area as the river proceeded to shift to the east to its existing course.

Historians say that during the early 1800s when the Gabrielino Indians, also known as the Tongva, inhabited the South Bay area (particularly Torrance), it was part of the extensive marshlands north of the San Pedro and Long Beach area. The local Tongva called the marsh a "cienega," a wet marshy area at the foot of a mountain, canyon, or edge of a grassland where groundwater bubbles to the surface. American Indians used to rely on the marsh for food (fish, birds, shrimp, and freshwater clams), water, and transportation.

Older Californians today reminisce about their youth and being able to canoe from the city of Wilmington to the sand dune area in Redondo Beach through the systems of wetlands.

The land that is now the Madrona Marsh Preserve is situated in an area that was once inhabited by the Gabrielino/Tongva. While there is no direct evidence that there was a village on this site, it was most likely visited by men hunting for game and women gathering plant material.

The Tongva people are indigenous to the greater Los Angeles area. At their peak population before the arrival of the Spanish, the Tongva numbered between ten thousand and fifteen thousand living in as many as one hundred settlements on the mainland and some of the southern Channel Islands. On the mainland, the Tongva settled from the base of Mt. Wilson to San Bernadino in the east, Topanga Canyon in the west, and Laguna Beach in the south. The Channel Islands that became occupied were: Santa Catalina, San Clemente, and San Nicolas. Juana Maria, sometimes called “The Lone Woman of San Nicolas Island” is possibly the best known Tongvan since her personal story was fictionalized in Scott O’Dell’s book The Island of the Blue Dolphins.

The Tongva people lived in mild climate on rich, productive land. They maintained a hunter-gatherer lifestyle, engaging in techniques of land and plant management. To fill the complement of items and resources they needed, they traded with other native communities such as the Chumash and Cahuilla. The Tongva were a peaceful people with a strong belief system that provided moral and social structure to their lives.

Prior to the arrival of the Spanish, the Tongva lived in small settlements in dome-shaped dwellings called Ki-ish. At the center of each village was a sacred area called the yovaar. Centered in part of this sacred place was a figure of Chengiichngech, the creator god of the Tongva. The leadership of the Tongva community was provided by a council of elders. The council was also responsible for the collection of food supplies, organization of ritual exchanges of shell-bead money that occurred between communities, organization of ceremonies and other economic aspects of village life.

In the early times, the Tongva maintained the land around them using four techniques. They pruned plants to help branches grow straight and to encourage new growth. They used burn techniques to foster new growth of desired plants and to control pests. They collected seeds and scattered them to facilitate seed distribution, they used digging sticks not only to harvest roots and bulbs, but to aerate the soil to aid in root growth.

The first recorded contact between the Tongva and the Europeans came with the period of exploration in the sixteenth century. On October 7, 1542, Cabrillo landed on Catalina Island. October 8, 1542, Cabrillo left the island and sailed toward the mainland into what is now San Pedro Bay where he spotted many villages. This was followed by the arrival of Sebastian Vizcaino in 1602 on Catalina. These and other early contacts with explorers exposed the Tongva people to diseases common in Europe, but unfamiliar to the Tongva. The initial contacts and subsequent spread of diseases between American Indian traders up and down the existing trade routes affected the Tongva community long before the actual Spanish settlement. The Gaspar de Portola expedition in 1769 was the first major Spanish incursion into large areas of the Tongvan territory. By 1771, the first mass was held at the Mission San Gabriel and the Spanish named the Tongvan people “Gabrielino.” 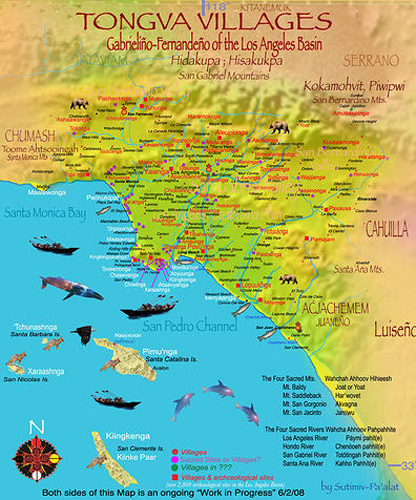 "...across much of the land between what is now Los Angeles and the seaports to the south, except for an occasional cluster of hills, there lay a vast forest, under grown with almost impenetrable thickets and laced with hidden pools and swamps. Well into the Spanish era, half-wild cattle and horses found hiding places in this jungle of sycamores, willows, alders, wild grape vines and bramble bushes.

After the floods of 1824-25 and 1832, the greater part of the marshland north of Wilmington and Long Beach drained away through defined channels.

In the stage coach era, travelers wrote of crossing the plains between San Pedro and Los Angeles. The forest had disappeared." Author unknown